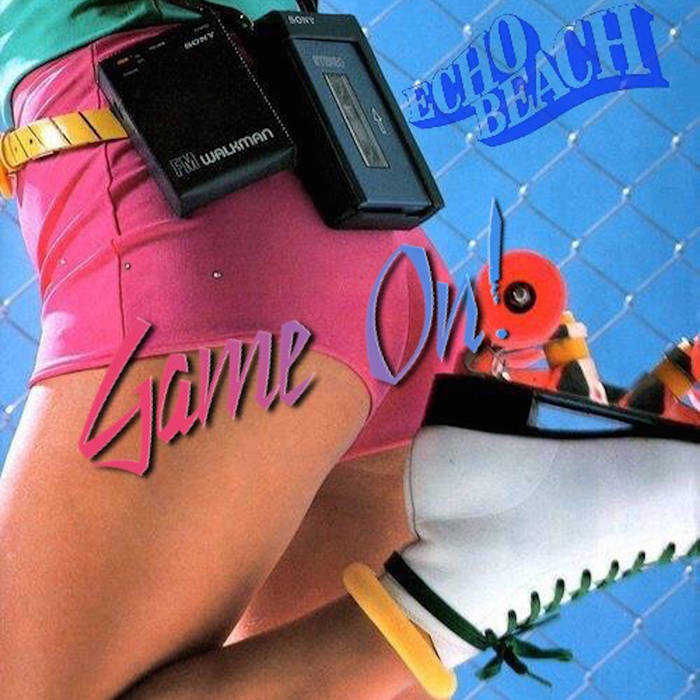 PolkaDotVagina this album is another one of those things I never knew I needed Favorite track: Take Aim!.

It starts a bit soft, but as the tracks go along, the distortion and concurrent alienation grow. It feels like a memory of an afternoon of TV gets digitally distorted and reintroduced to your brain, while napping on a couch, going in and out of consciousness.

Once you hit the track "Consensus Reality" you're pulled into a meta-discussion of Vaporwave, as the track uses Diana Ross' "It's your move", the foundation stone of the influential vaporwave track "リサフランク420 / 現代のコンピュ" by Macintosh Plus. This got me asking questions about originality, as "Consensus Reality" distorts this into a different feeling and emotional sphere, than both the original and Macintosh Plus version, leaving me to ponder the meaning of authenticity in a world where we digitally can create different atmospheres from similar sources.

I'd say "Game On" is an interesting release that pulls more out of the 80s nostalgia sources of Vaporwave and shows there's still room for experimentation and new experiences in the classic style. It mixes the distortion that makes Vaporwave intellectually interesting with the pleasantness of sound that made it somewhat popular. Favorite track: Consensus Reality.

Bandcamp Daily  your guide to the world of Bandcamp